50% reduction in time-to-market for client on-boarding

State Street Corporation (Infra Hedge) is an American financial services and bank holding company headquartered in Boston, Massachusetts, US with worldwide operations. It is ranked 15th on the list of largest banks in the United States by assets. It is one of the largest asset management companies and custodian bank in the world. The Infrahedge product is offered by State Street Managed Accounts Services Ltd, a subsidiary company of State Street Corporation and part of its Alternative Investment Solutions Group. The Infrahedge team specialises in building and operating industrial strength infrastructure solutions for institutional investors in hedge funds. The company is ranked 259th on the Fortune 500 as of 2018.

Infrahedge used Qlik View for their customers but the implementation part was not done appropriately. To solve large calculations, they built a huge model and did the work manually which was time consuming because of which they delivered delayed reports to their customers which made a major challenge for them.

With the increase in the customers and trends in the financial markets, it was essential to provide more appropriate visualization of the reports to the customers and i.e. by providing analytical reports. Although they were using Qlik View, but they were not able to provide it because of poor implementation, manual calculations where they extracted data from the admin into excel files and then do the manual calculations of more than 50 files. After the calculations it was transferred to the database which used to take at least 2 hours to provide the reports.

Portfolio performance metrics were needed to view ITD, MTD, YTD and the same was viewed manually with accumulated data creating lot of files, because of it they had multiple chart which was not linked to each other and thus viewing reports was also time consuming.

The goal of Infrahedge was to provide better visual reports to its customers with the help of analytical reports, get automated for complex calculations of risk and performance metrics so that it could reduce the time lag, workload of the IT team and simultaneously remove delayed reports to the customers.

Now, there was the requirement to reduce the manual calculations and get automated for more than 50 files to provide a single output. Data was extracted from admin to Qlik in Qlik View Data (QVD) which did the complex calculations by itself for the file preparation and helped reduce the time to get reports from 2 hours lag to just 10 minutes.

For performance metrics lot of files was extracted from the database into single QVD but previously they had multi charts which were not linked and viewing the reports also became time consuming. We simplified the work by putting all metrics in performance metrics calculation into a single container. We added features like overlap of charts by creating buttons which could provide different charts such as line cart, bar chart, etc. into a single table. One more feature of drill down options was created to give reports of all the metrics of the Fund performance in the same container.

Productivity of the fund managers increased by 22%, this also helped in getting more customers whom were keen to increase the portfolio

Reduced workload of the IT team close to 25% with IT team now focusing on tasks more critical for daily operations.

"GainInsights built the end user facing component of a risk & compliance platform offered by us to our institutional investors & hedge funds. We enhanced the user experience for our end users through an interactive User Interface. Besides, we were able to provide real time sensitivity analysis and decision support for our fund managers. Our time to market for onboarding end clients was reduced by over 50%" 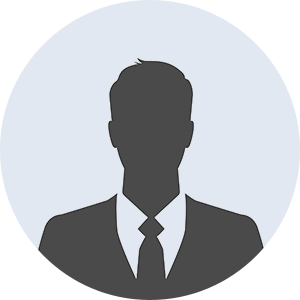